This concert made possible through an Alfred Nash Patterson grant from: 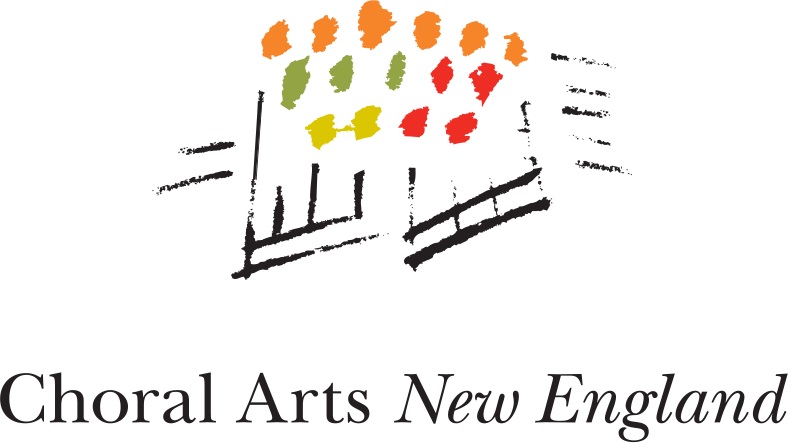 Founded by legendary choral director and arranger Robert De Cormier in 2000, and based in Montpelier, Vermont, Counterpoint Vocal Ensemble is dedicated to performing choral chamber music and engaging with student musicians in Vermont and beyond. Praised for their “clarity, skill” and “sophisticated musical expressiveness,” the ensemble presents concerts throughout Vermont and the surrounding region and has toured the Midwest. Counterpoint has recorded seven CDs with Albany Records and has released five further CDs independently. Their repertory ranges all over the map, including folksongs from around the world, African-American spirituals, sacred music of many traditions, and concert works by classical composers of the past and our own age. Counterpoint Artistic Director Nathaniel G. Lew is also Professor of Fine Arts at Saint Michael’s College in Colchester, Vermont, where he teaches music history, music theory and humanities.

Pianist Alison Bruce Cerutti has performed as soloist and chamber musician throughout Vermont, in Canada with Elizabeth Reid; and as a collaborative pianist in the U.S. and France. For eight years, she studied with Louis Moyse and accompanied his flute master classes in Vermont and France, and after his death, performed with his former students in St. Amour, France. Cerutti has performed with her friend and colleague Elizabeth Reid since 2004, leading to ensembles such as the Cerutti-Reid Duo, Arioso, with contralto Linda Radtke; and the Northern Third Piano Quartet, with violinist Sofia Hirsch and cellist John Dunlop. Cerutti has also performed with Counterpoint, TURNmusic for the 2015 production of A Fleeting Animal, as an orchestra of one for Unadilla productions of Mikado, Gondoliers, and Pirates of Penzance, to name a few, as well as a collaborative pianist for Winooski Valley Festival, All State Music Festival Scholarship Winners, and a pianist for Music-COMP. She appeared as a soloist with the Norwich University Band Company in 2018 with Gershwin’s Rhapsody in Blue, and with the Burlington Civic Symphony Orchestra in 2015 with the Schumann Piano Concerto in A Minor. She has also appeared as a soloist with the Vermont Philharmonic, and as part of a two piano duo with her brother Daniel Bruce. She has premiered works by Vermont composers Michael Close, Lydia Busler, Erik Nielsen, David Gunn, Dennis Bathory-Kitsz, and Canadian composer David Jaeger; and she can be heard in the soundtrack of Bess O’Brien’s documentary All of Me playing the music of Erik Nielsen. A Vermont native, she studied with Sylvia Parker, and earned degrees from Oberlin Conservatory and the Hartt School. She currently accompanies the Mad River Chorale and maintains an active piano studio in Northfield.

Joan Szymko (b. 1957) — River (2014, text arranged from “Message from the Hopi Nation” and works of Edward Everett Hale and June Jordan)

Old Trees:
Since the birth
Of the earth
Time has gone
On and on:
Rivers saunter,
Rivers run,
Till they enter
The enormous level sea
Where they prefer to be.

But the sun
Is too hot,
And will not
Let alone;
Waves glad-handed,
Lazy crowd,
Educates them
Till they change into a cloud,
But can’t control them long.

For the will
Just to fall
Is too strong
In them all;
Revolution
Turns to rain,
Whence more solid,
Sensible creatures gain.
In falling they serve life.

Here are we,
Flower and tree,
Green, alive,
Glad to be,
And our proper
Places know:
Winds and waters
Travel; we remain and grow;
We like life to be slow..

Young Trees:
No! No! We do not want life to be slow.
We are bored with standing still.
We want to see things and go places.

Wild Geese:
O how terrible to be
As old-fashioned as a tree:
Dull old stick that won’t go out;
What on earth do they talk about?
Unexpressive, Unprogressive,
Unsophisticated lout.
How can pines or grass or sage
Understand the Modern Age?

(Gossiping) What’s up? Eh? Do tell us quick? That’s the best I ever heard! Shall we tell them? Tell them now?

(To the trees) You are all to leave here.

Young Trees:
Hurrah! But how?

Wild Geese:
Far away from here,
A mission will find a performer.

Trees:
A mission? What mission?

Wild Geese:
To bring you to another life.

Trees:
What kind of performer?

Trees:
What is a man?

Wild Geese:
A man is a form of life
That dreams in order to act
And acts in order to dream
And has a name of its own.

Trees:
What is this name?

Young Trees:
When are we to see him?

Wild Geese:
He will be born at the next Blue Moon.

Old Trees:
It isn’t true. I’m so frightened. Don’t worry. There won’t be a Blue Moon in our lifetime. Don’t say that; it’s unlucky. Look at the moon! It’s turning blue.

Wild Geese:
It isn’t very often the conservatives are wrong,
Tomorrow normally is only yesterday again,
Society is right in saying nine times out of ten
Respectability’s enough to carry you along.

Old Trees:
We can’t pretend we like it, that it’s what we’d choose,
But what’s the point in fussing when one can’t refuse?
And nothing is as bad as one thinks it will be,
The children look so happy, well, well, we shall see.

Beach — Chorus of the Forest Trees, from Sylvania (Poem by Frederick Bancroft)

Come to the forest’s friendly shade,
Lift up thy drooping head!
Before thee now through every glade,
A path of peace is spread.

In these shades so dark and quiet,
Let thy lonely footsteps stray;
Here will all thy sore afflictions
Pass away.

The glowing sun doth sink to rest,
The twilight shadows fall.
Each bird has sought its quiet nest,
And peace reigns over all.

O hear the song the pines are singing,
Counsel sweet as to a friend:
“Earthly joys and earthly sorrows
Soon will end.”

Mother Nature, all-consoling,
Brings the balm for every grief;
Trust her love, and she will give thee
Sweet relief!

Here is blue,
here is yellow,
here is green,

the sky and the river flow,
the forest and the mountains are rigid,
all of it is beautiful,
all of it is mysterious and magical,
and in its midst is the awakening one,
on the path to myself.

Nothing was,
nothing will be;
everything IS

I listen to it,
I look into its eyes,
I learn from it.
It knows everything, the river, everything can be learned from it.

With a thousand eyes, the river looks,
with green ones,
with white ones,
with crystal ones,
with sky-blue ones.

The river has many voices,

Hasn’t it the voice of a king,
and of a warrior,
and of a bull,
and of a bird of the night,
and of a woman giving birth,
and of a sighing man,
and a thousand other voices more?

All voices of the creatures are in its voice.
the voice of life,
the voice of what exists,
of what is eternally taking shape.

And do you know what word it speaks,
when you succeed in hearing all of its ten thousand voices at once?

The river sings with a voice of suffering

longingly it sings,
longingly, it flows toward its goal,
lamentingly its voice sings.

all of these waves and waters are hurrying,
suffering,
towards goals,
many goals,
the waterfall,
the lake,
the rapids,
the sea,
and all goals are reached,
and every goal is followed by a new one,
and the water turns into vapor and rises to the sky,
turned into rain and poured down from the sky,
turned into a source, a stream, a river, headed forward once again, flows on once again,

I listen attentively to the river,
The song of a thousand voices,
But the longing voice has changed.

It still resounds,
full of suffering,
searching,
but other voices join it,
voices of joy and of suffering,
good and bad voices,
laughing and sad ones,
a hundred voices,
a thousand voices.

these many voices in the river,
today it sounds new.

Everything is one,
everything is intertwined and connected, [and] entangled a thousand times.

And everything together,
all voices,
all goals,
all yearning,
all suffering,
all pleasure,
all that is good and evil,
all of this together is the world.
All of it together is the flow of events,
…the music of life.

Thompson — “The Road Not Taken,” from Frostiana (Poem by Robert Frost)

Two roads diverged in a yellow wood,
And sorry I could not travel both
And be one traveler, long I stood
And looked down one as far as I could
To where it bent in the undergrowth;

Then took the other, as just as fair,
And having perhaps the better claim,
Because it was grassy and wanted wear;
Though as for that the passing there
Had worn them really about the same,

And both that morning equally lay
In leaves no step had trodden black.
Oh, I kept the first for another day!
Yet knowing how way leads on to way,
I doubted if I should ever come back.

I shall be telling this with a sigh
Somewhere ages and ages hence:
Two roads diverged in a wood, and I—
I took the one less traveled by,
And that has made all the difference.

Ramsey — Among the Branches (Poem by Jim Schley)

In this new season, see
A mirrored sorrow
In the leaves.
Here among the branches,
Renewed by steady rain—
The war is far—
Yet news of fires rises
As the sparrows
Then the swallows reappear.

Under skies and over fields,
Sugar maple, yellow birch,
Tamarack and butternut,
Hickory and balsam fir,
Cherry, oak, and juniper . . .

Allow yourself to hear
The flutes of hermit thrushes
Measure dusk.
Here among the branches,
Release a steady weeping—
War is never far—
The trees continue, listening,
An ancient patience
To discern in years or centuries.

Under skies and over fields,
Elderberry, ironwood,
Aspen, cedar, ash and beech,
Hawthorn, poplar, hemlock, pine,
Among the branches we would learn.

There is a river now flowing very fast.
It is so great and swift that there are those who will be afraid.
They will try to hold on to the shore.
They will feel that they are being torn apart.

Let go! Let go of the shore!
Push off into the middle of the river.
See who is there with you and celebrate!
We are the ones we have been waiting for.